POPCORN EXPANSION RATIO- Is the volume popcorn expands as it pops. Around 45 to 1, or 1 cup un-popped corn will produce 45 cups (11.25 quarts) of popped corn.

HULL DISPERSION- Tells how well the hull of the popcorn kernel is spread over the popped kernel. White popcorn generally has the best hull dispersion.

HULL-LESS POPCORN- Doesn’t exist. The hull is what allows the kernel to pop.

MUSHROOM POPCORN- Popcorn kernels that pop to form a round ball are said to be mushrooms. This makes a sturdier kernel that better withstands caramel and other additives.

FLINTY STARCH- Is what the hard hull of the corn kernel is made up of. Can be yellow, white, red or black.

SOFT STARCH- The main component of the in side of a corn kernel. The white part of a popped kernel.

UN-POPPED KERNELS or OLD MAIDS- Refers to popcorn kernels that are too dry or have damaged hulls that prevents popping.

RICE or PEARLS- Refers to the two major types of popcorn grown. Rice kernels have a point at

the top. Pearl kernels are rounded.

OVER 1,300 varieties of popcorn have been developed.

FLINT CORN- not popcorn is what the first Europeans were given upon arrival to America. It is sometimes referred to as indian corn. When heated, it expands ( but doesn’t “pop”) into a chewy kernel.

WHY POPCORN POPS- Unlike other types of corn the hard hull (flinty starch) encompasses the entire kernel. There needs to be 12 to 15 percent moisture in the kernel. When quickly heated to 300 – 500 degrees the water expands to steam, causing an explosion (pop) that turns the kernel inside out.

CRACKER JACK popcorn was first made in 1896 by the Rueckheim brothers on Chicago.

OILS- Popcorn is usually popped in an oil, such as soybean oil, corn oil, vegetable oil, canola oil or coconut oil. The oil allows the kernel to heat evenly, preventing burning. An air popper needs no oil since there is air circulation. 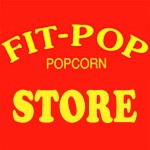